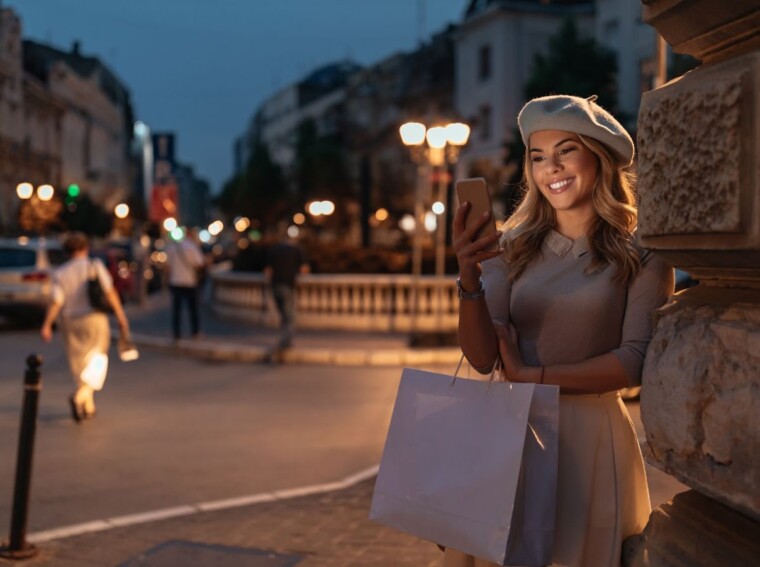 Estimates show that over half the world’s population has access to a smartphone. In addition, hundreds of millions more have access to the internet. Continents such as Europe have a higher than average percentage of its citizens online than other less developed continents.

Today, we will examine what Europeans are doing when they whip out their smartphones and spend hours scrolling, typing, or listening to whatever is grabbing their attention.

Online gambling has become one of the most popular hobbies for people in Europe. This includes countries that are EU nations and other countries such as the United Kingdom. Furthermore, with the rise of smartphones, it has become easier to access online gambling sites and apps. Figures show that millions of people play online casino games daily across Europe.

Gamblers can now play their favorite games, such as roulette or slots, on their iPhone or Android devices without leaving their homes and traveling to a physical casino. The popularity of online gambling has resulted in billions of dollars in revenue for the industry. Legislation remains rigid in some regions, such as North America, but online gambling laws are becoming more lenient, resulting in huge predicted revenue over the next few years.

However, in spite of these vast numbers, you must keep your gambling experience fun. If you begin to spend more time gambling than you initially wished, or it is no longer a fun activity, this is a sign of problem gambling. In addition, if you are chasing losses, this is a red flag, and you must confide in a family member, friend, or professional who can help curtail your problem gambling.

Social media has become an integral part of life in Europe and worldwide. Billions of people spend hours daily on platforms such as TikTok, Instagram, and Twitter. The United Kingdom is one of the most active countries in social media usage, but every European country has users who subscribe to at least one of these platforms.

The popularity of social media in Europe has grown exponentially over the past couple of decades, with more and more people using it to stay connected with friends and family and keep up to date with news and trends. It has interconnected people from all over the globe. Not only that, its tentacles have reached deep into all aspects of life, such as sports, news, and politics. Social media isn’t used just to unwind – it also provides a way to connect with others to organize events such as parties, sporting events, or business meetings.

The opportunities it offers are immense, and it is challenging to envisage a world without the interconnectivity that social media has afforded us over the last couple of decades. With such widespread usage across the continent, it highlights the importance of social media and how important it is in the lives of Europeans. It can also act as a springboard for businesses and business ideas. This trend is likely to continue as more people become aware of social media’s benefits and younger generations grow up with an enhanced knowledge of how these platforms operate.

Europeans are increasingly spending more time on entertainment websites. From streaming music on Spotify to watching videos on YouTube, Europeans have a wide range of options when it comes to entertainment. News platforms in the United Kingdom, such as BBC News and The Guardian, also play an essential role in how Europeans spend their time online, as they offer national and international news reports.

In addition, online technology allows us to translate webpages from other languages and connect to local news websites worldwide. These are just some of the many significant developments that have come about because of the internet. Apple Music is another popular platform among Europeans, offering access to millions of songs worldwide – much like its rival Spotify. With its easy-to-use interface and extensive library, Apple Music has become a go-to source for music streaming in Europe.

However, Europeans use YouTube and Spotify for these reasons too. Another growing entertainment method has been the rise of podcasts, which are also easily accessible via Spotify, Apple Music, and YouTube. YouTube contains billions of hours of videos, documentaries, and news reports, so there’s no chance of getting bored. Streaming includes more than just music. Disney+, Amazon, Netflix, and Paramount are all battling it out in the streaming services world as millions of us switch from television to streaming services for TV series and movies.