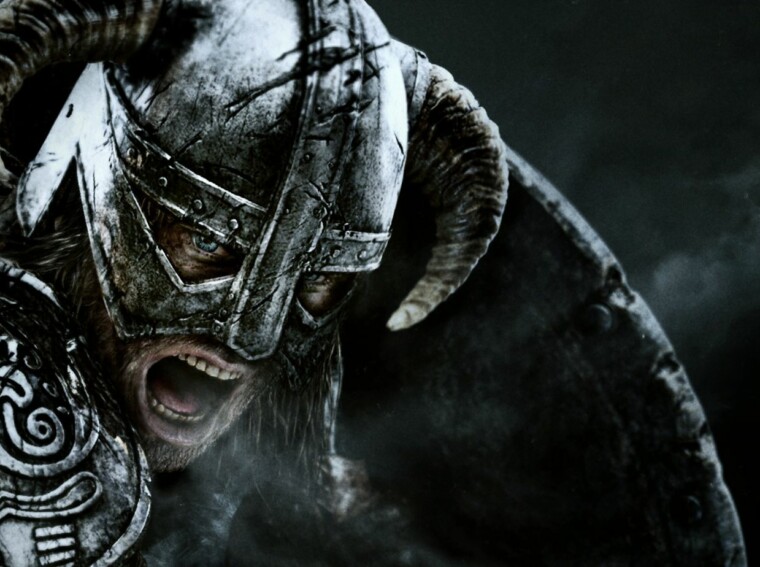 The Skyrim Fencing mod modifies the combat system in a way that it is not a boring brawl anymore, but a real fencing fight. Damage dealt scale with your skills and speed. If you hit fast, you get advantages of high damage for each strike. And if you hit slow, every hit hurts much more because your opponent has time to react and to parry or dodge. Also, you can parry attacks with your weapon if opponent is slow, but not if he is fast.

I fenced for real in fencing academy when I was younger. Their most important rule that they repeated constantly is that “the sword does not hit the target”. You have to be fast at the right moment and then you hit, not before. If you attack too early, opponent can dodge to the side and your attack will miss. Too late, and he hits your sword aside or manages to make his own attack. 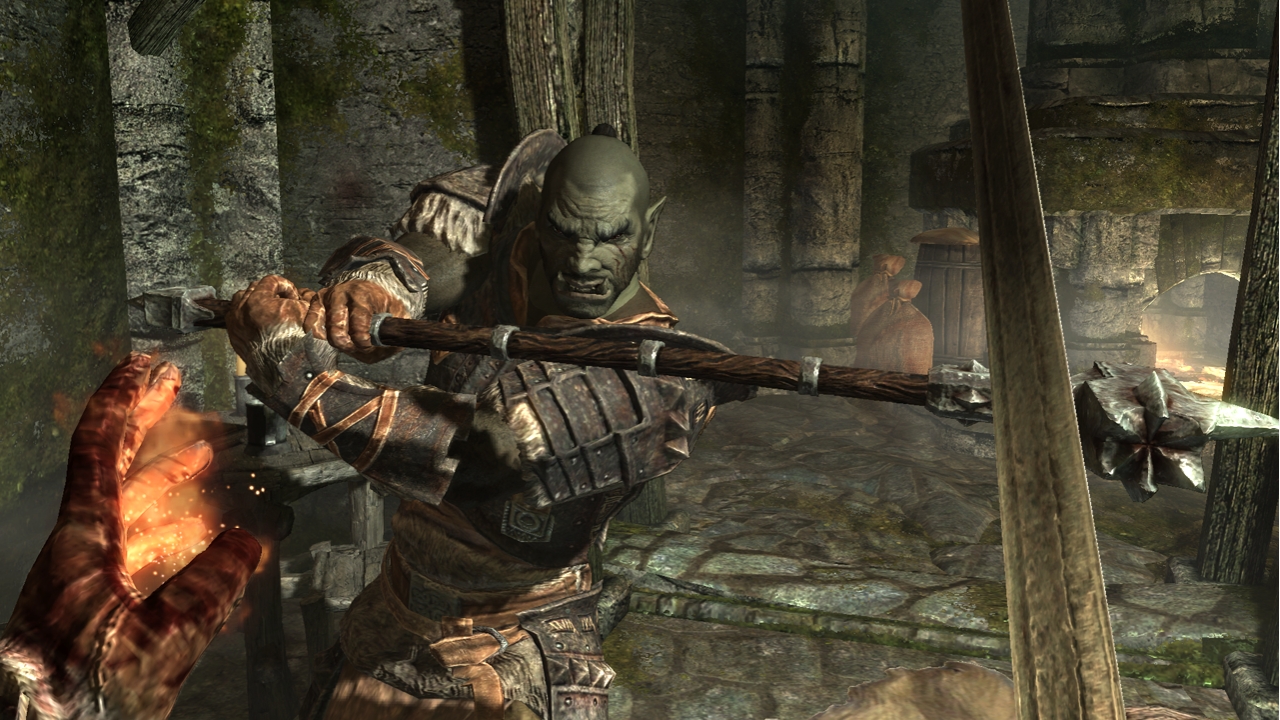 Also, if an opponent stands still in front of you with his guard up – it means that he is an idiot who does not know anything about fencing. If your opponent is a fencer, you have to be expecting that he avoids every attack and tries to stab you from the side or from behind. This rule of fencing can be applied in Skyrim without any difficulty. You just have to know when exactly to strike so that your opponent cannot evade it.

There are many fencing mods for Skyrim. They are all good. To name a few – I can recommend “The Dance of Death”, ” Ultimate Combat”, the “Duel Overhaul Mod”. All of them make the combat system in Skyrim much more interesting and unpredictable, but they all suffer from one thing – lack of realism.

For example, there is no difference in skill level of the opponent. If you are using a sword against an axe, it is not certain that you can hit him and he cannot parry or dodge it because his weapon has longer range than yours (e.g., two-handed axe). Also, damage dealt by both sides is always the same. Even if your enemy is much weaker than you, his hits do not hurt less. 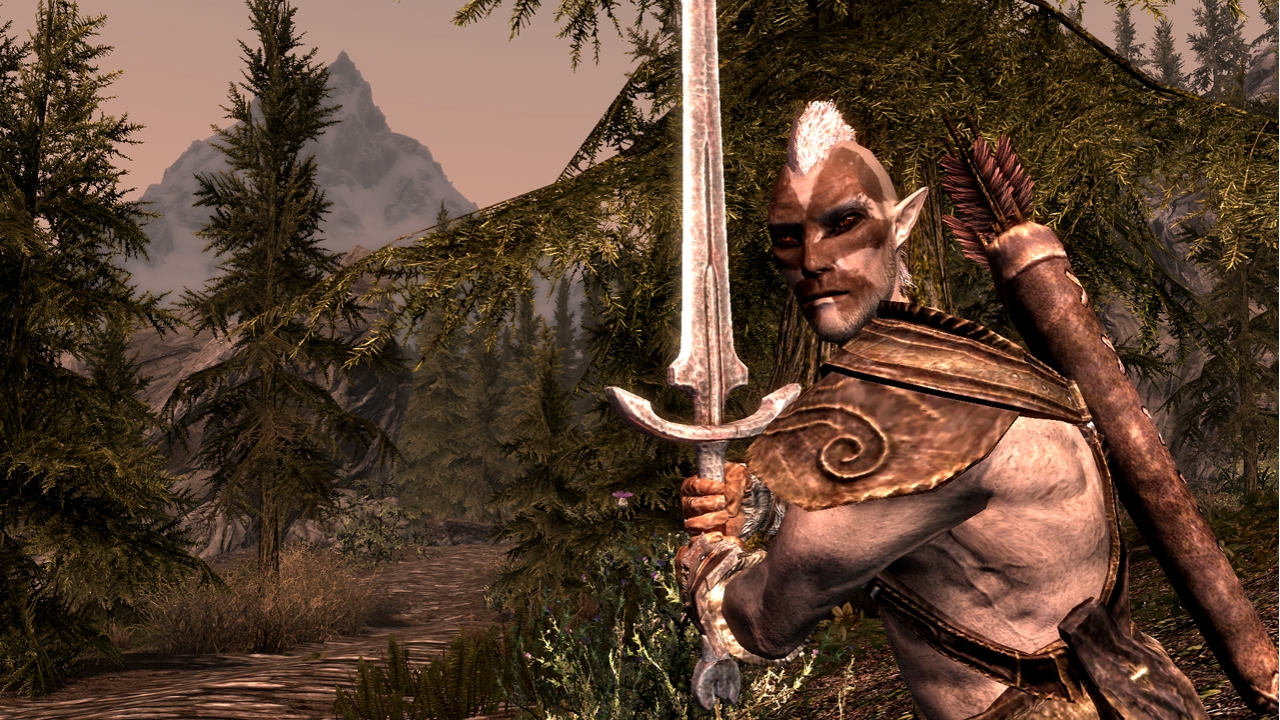 – Damage dealt is based on speed of the weapon used. If it is a light weapon, damage scales with your skill in one-handed weapons and if you use a heavy weapon – damage scale with two-handed skill. For example, if an enemy has 20 skill in one-handed and you have 20 skill in two-handed – damage multiplier is 0.5 (half of the original damage). Also, the speed of a weapon determines whether or not a hit can be evaded by your opponent. Light weapons are much faster. But it also means that they do not hurt much more than heavy weapons.

– Damage dealt by the opponent scales with your attack speed. If you hit fast, every strike will deal higher damage than if you hit slower. Of course, this means that there is no huge difference in skill level of two opponents anymore. And it also means that every attack counts now. Do not expect to hit your opponent only once and then he is dead. If you have no armour on, just one hit can kill you. 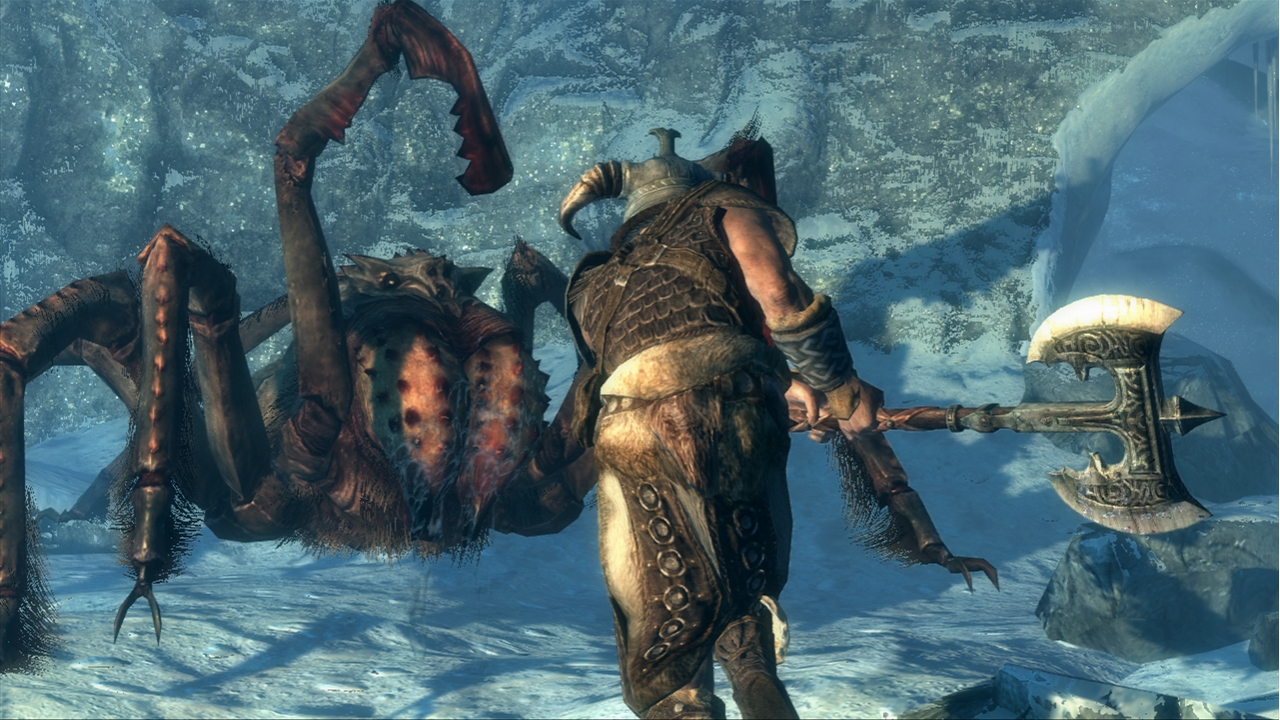 – Damage taken by the player is based on the same mechanic – speed. The more skilled player always deals higher damage because skill of a fencer matters not only in attack but also in defense. Also, if there are five enemies rushing to you with one-handed weapons, only the first strike of them will hurt. But if they are attacking you all at once – it can be deadly.

– It is no longer possible to parry if your opponent is much more skilled than you . You have to dodge his attacks or he will parry yours. Sometimes you can parry without any problem if your opponent does not expect it and attacks carelessly, but if he is waiting for your move – forget about it. He will intercept all of your attempts. This rule makes sense because a fencer expects that his opponent is not slow and knows the basics of fencing.

This mod also allows you to stab from behind during attack animations. It makes attacking from the back and sides much more useful and dangerous. Sometimes, you can hit your enemy (with a slashing weapon) but he will not notice it because he is busy fighting someone else. This way you can deal high damage while staying unseen and unnoticed by your target. It is no longer possible to block if your enemy is using a shield . Of course, you can use two weapons or two kinds of weapons (e.g., sword and dagger). But if both of them are one handed – forget about blocking.